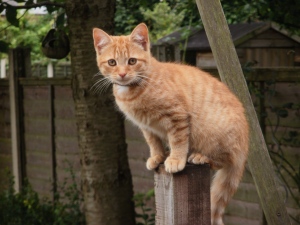 I have just followed a link on facebook to a book called “All Cats have Aspergers Syndrome.”

I really didn’t know there was a book by this title but it interested me because of a post I wrote back at the beginning of September 2010.

I have quite a bit to do today and even though I have a post in mind for my next blog I decided I felt that I wanted to re-share this one. As it helped me put some thought in order today.

I have had soooo many cats over my 41 years on this planet I couldn’t possible tell you about all of them, it would make this blog far too long and no-one would bother to read it. So I’m only going to tell you about three of them. The ones that have taught me the most.

I believe that God meets us where we are at. I recently wrote a very emotional poem trying to explain my filtering process. I always think of my titles after God has helped me write the poem and lastly I add an image. I was very unsure about what type of image to use for this poem, so I just Googled the title and there was Sammy.

SAMMY???….. yep, my first cat, in fractal form with his deep piercing eyes.

I was a 4 year old, hyper-active fidget when my Granddad opened up his jacket and pulled out a tiny little ginger fluff ball, who I automatically call “Cinderella!”…lol

Sammy was an independent Tom cat. He was constantly sleeping under the pipes in the boiler cupboard and contributed daily his own food by bringing home something lovely for dinner, unfortunately he was only willing to share the heads. (nice)

Mom would throw him out the front door every night, and I would open my bedroom window and call him back in. Where he would spend the night sleeping with me inside my bed next to my Teddy Boo-boo. I had my Sammy cat for 10 years, he was my best friend and knew me better than anyone else. He never judged me, he always listened and he accepted me in whatever mood I was in. He would give me comfort for so long and then bite me to snap me out of being self focussed. He was never bothered by my extreme teenage noise pollution, misunderstood violent outbursts and constant crying. He never told me I was obsessed by my interests…ATARI and nail polish. He just let me be me, and I so needed him because the pressure to conform had taken me into isolation.

When Sammy got killed on the main road outside my family home, I was devastated. I couldn’t eat and I stopped speaking for 2 weeks. Sammy was my first love, he taught me about friendship and self belief, he also was the only hugs I could do. After my complete shut-down, Mom took me to get Kitty.

Mom took me to a pet shop in the City Centre and I carried Kitty home inside my burgundy jacket on the number 12 bus.  She was my little baby. I never done the dolly thing like other girls. I didn’t see the point of dressing and playing with something stiff, unrealistic, that smelt synthetic. I was really struggling at school, I had been put onto a reading development programme, which then caused bullying because it brought attention to my dyslexia. In my one to one SEN-time I would have to read ‘Wind in the Willows’ picture book, I had no interest in toads, badgers and rats especially speaking ones wearing clothes and driving vintage motor cars…I mean how bloody ridiculous.

The other kids were reading “The Diary of Anne Frank,” which sounded far more interesting. This is where Kitty got her name from, I felt I was missing out, so I made my own Dear Kitty, after all I was constantly alone in my very small bedroom.

Kitty was majorly insecure, the pet shop had taken her from her mother far too young and she would suckle on everything, she never grew out of this. She could never cope with being on her own, she would spend all day following our Black Labrador, RAF, around. When he lay down by the fire she lay on top of him. As soon as I came home from school she would follow me to my room where she would stay with me till the next day. She lived a very long life, for a cat, and stayed at my Mom and Dad’s home because when I left  at 18 she hated my flat and spent 6 days hiding in my wardrobe. Seeing her like this broke my heart and I had to grow up and make a very hard decision.

Kitty taught me parenting skills, she taught me to see past myself to others needs, and finally when I took her back to My Mom’s, so she could be with her beloved RAF, she taught me to let go. She was a beautiful Black and white soul who died peacefully under the Apple tree in my Mom and Dad’s front garden at 16 human years of age.

Right, now we jump forward 20 years…with lots of cats in between, lot of strays that have come and gone and we get to Holly

Holly is my disabled cat, she is deaf and partially sighted. She is a mix of white/tan/black long haired fluff. She doesn’t like being touched because she never knows where the touch is coming from, to groom her I have to spend time crawling around on the floor allowing her to sniff me and come to me. She never leaves my garden because she knows she is safe here, after all with my massive Rottweiler and CAL’s best friend ‘ROCK’ to look out for every member of the Alienhippy home who wouldn’t feel safe !….That’s a joke, he is the most stupid, sloppy, dope and would just get excited by having new visitors….lol

When I feed all my other cats I have to make sure she is catered for because she cannot fend for herself. If she is not in her basket or the cat kennel I have to find her, she can’t hear me calling so I physically have to walk around looking for her. She won’t come running at the sound of cat food. She is very demanding at meal times, and will scream at me for her food, she cannot hear how loud she is, but believe me it is ear-piercing, it hurts my head sometimes. She does not cope with the other cats and isolates herself away from even her own daughter. When she walks around the garden she relies on her sense of smell, this means she has to constantly flick her head left and right in an erratic way. The neighbours who have seen her doing this have told me to have her put to sleep. I think because they think she is defective –  but she is NOT, she is just a little unique and I love that about her. She has found her way and I see how hard it is for her, compared to my other cats. She does everything required to be a cat. She just does it differently to the rest. She is happy and content and she knows she is loved and accepted. This is what makes the other cats move out of her way.

She is the Queen of my garden!

Holly has taught me this very valuable lesson;

If I can do all this for her!

If I can see this in her!

If I can believe and stand against people’s opinions for her!

Then I can do all this for my kids and myself too.

Like I said at the beginning, I believe that God meets us where we are at….even if we think cat.

I will have to look to ASLAN…….I guess I AM the crazy-cat-lady after all, and I love that about me.

23 thoughts on “Just reminded me”